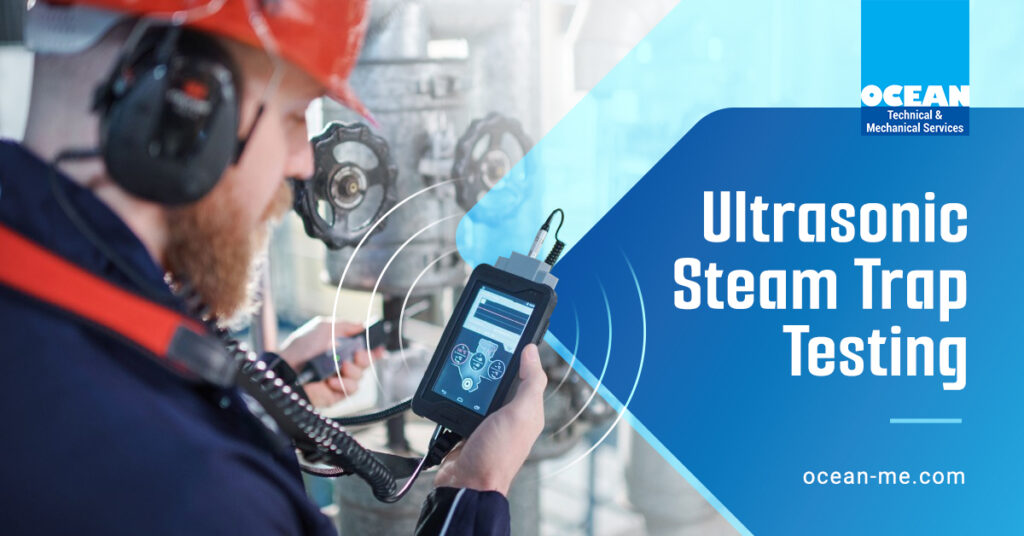 The consistent monitoring of valves and steam traps is really important for preventive maintenance. The timely detection of steam trap leaks or fails leads to increased operational reliability and considerable cost savings.

The steam trap opens and pushes condensates and air out of the system, quickly closing to minimize the loss of steam from the system. According to industry experts, without regular testing, 30% of steam traps are likely to fail, regardless of how good their quality is. Deterioration of the steam traps can lead to steam loss and blocked condensate discharge.

There are two types of steam trap defects – the valve stays open continuously, or stays closed continuously. Both faults can damage the system. If the trap stays open, it will not filter out the contaminants, and they will flow with the steam, impacting the process efficiency and damaging production. This can lead to significant expenditure, as producing steam is itself an expensive procedure. By implementing a steam trap monitoring program, you can avoid this situation.

How is Steam Trap Inspection Conducted?

Numerous methods are employed to check the operating condition of a steam trap and determine if it’s working properly. They include temperature measurement, visual observation, and ultrasound, sound, or vibration measurements; often, a combination of these methods is used to evaluate the conditions of the steam traps. This enables trap inspectors to evaluate the working of the trap even in times of maximum outputs as well as extremely noisy environments.

Usually, when the steam trap grabs condensates, a small valve opens so that the contaminants are expelled, and the valve immediately closes. This action is repeated, as there is a cyclic operation of the valve. Just microseconds are required for the valve to open and close, and it’s impossible to monitor this with the naked eye. As the sound made by the opening and closure of valves is beyond the range of human hearing, ultrasonic testing machines are used to detect those sounds, and dynamic signals are effectively captured. The condition of the steam trap is defined by analyzing the signals, during production or any other time.

How to Detect Faults?

SONAPHONE from SONOTEC provides a swift and easy way of identifying faults in steam traps through ultrasonic inspection. Needlepoint in the testing device is placed so that it touches the steam trap and churns out a graph; it also enables you to listen to the valve openings and closures via headphones. The signal gets stronger when the valve opens and weakens when it closes, and this allows us to check whether the valves are functioning properly or not. The temperature measurements also help to identify if the trap is not opening or closing as rapidly as it should when there is a relatively consistent signal.

How can Defective Steam Traps Impact Your Company?

Industry experts say that over 20% of steam that is produced is lost because of defective steam traps. If you have just one defective steam trap, you could lose around 22 kg of steam. This could mean a loss of thousands of OMR in monetary terms in one year. Ultrasonic testing technology helps the engineer to detect and replace defective traps.

● Save expenses through process optimization

What Is The Future Of Ultrasonic Steam Trap Testing?

At Ocean Technical & Mechanical Services LLC, we pride ourselves on using the most reliable and high-performing equipment so that our customers get optimal results. which is why we depend on the world’s leading digital ultrasonic equipment, the SONAPHONE; in combination with the Steam Expert app, we can deliver precise measurements and analysis that help our customers take appropriate action to safeguard their plants. The app is intuitive and reliable, eliminating the worry of human errors and omissions, and having to deal with mounds of paperwork. This versatile device is useful for testing all kinds of steam traps, like float, thermodynamic and thermostatic traps for valves in systems with a flow of steam.